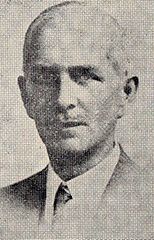 The autobiographical method in sociology was originated and further developed by Florian Znaniecki who introduced the idea of using autobiographies in sociological research in the book “The Polish Peasant in Europe and America”, which he co-authored with William I. Thomas. In 1920, after he became the Head of the Philosophy Department at the University of Poznań that had been created anew after World War I (and that, in the same year, was transformed into the Department of Sociology and Philosophy of Culture), Znaniecki embarked on the project by announcing, in 1921, a competition for “A Worker’s Life Story”. This gave rise to a whole institution of memoir-writing competitions that became a model for the practical application of the autobiographical method in sociology.

Inspired by the success that the Znaniecki method achieved with the 1921 competition, Polish sociologists would successfully employ memoir-writing competitions to source materials for scientific research throughout the interwar period. A mention of some of the best known such contests, “The Memoirs of Peasants”, “The Memoirs of the Unemployed”, and “The Memoirs of Emigrants” organized by the Warsaw Institute of Social Economy headed by Ludwik Krzywicki as well as “The Young Generation of Peasants” held by Józef Chałasiński, Director of the National Institute for Rural Culture in Warsaw, gives one an idea of the enormous scientific and social significance of these endeavors. During the interwar period, a total of 17 public memoir-writing competitions were organized, almost exclusively by scientific institutions.

However, the most impressive rise of competition memoirism did not come about until after World War II. A total of over a thousand such competitions were held during the first three decades immediately following the war. By the end of 1975, 1043 of them were registered by the Society of the Friends of Memoirs.

The memoir-writing competitions of the Institute for Western Affairs

The first memoir-writing competition for the inhabitants of the Western and Northern Territories was announced by the Institute for Western Affairs in December 1956. In a widely publicized call for submissions, settlers from various social groups were encouraged to turn in memoirs from the years 1945-1956.

The gathering of memoirs was completed in May 1957. By that time, the Institute for Western Affairs had received 227 submissions. According to the Jury, 205 of them satisfied the competition criteria, with 34 found to be of exceptional value. The first prize went to Stanisław Dulewicz of Darłowo, while two equivalent second prizes were awarded to Franciszek Buchtalarz of Szczecin-Dąbie and Franciszek Iwanowski of Barczewo.

The end result was a vast collection of memoirs submitted by the residents of the Western and Northern Territories (4 from the Katowickie, 9 from the Opolskie, 74 from the Wrocławskie, 53 from the Zielonogórskie, 1 from the Poznańskie, 14 from the Szczecińskie, 24 from the Koszalińskie, 17 from the Gdańskie and 9 from the Olsztyńskie Regions).

The primary focus of the memoirs was on the initial years of settlements in the Western Territories, i.e. on the 1945-1946 period. The majority of the authors were themselves actively involved in that settlement.

Selected memoirs from the competition were published, some of them in:

In the 1960s, in appreciation of the role of the young generation of indigenous people in the socio-cultural transformations taking place in the Western Territories, the Institute for Western Affairs and the Nurt of Poznań monthly undertook to hold a competition for young memoir writers. In March 1966, a joint proclamation was issued “to the young generation of the residents of the Western and Northern Territories” encouraging all young people who were born there to submit accounts of their lives. Emphasis was placed on portrayals of their hometowns, local communities, family and neighborly relations, schools and career choices, social and cultural relations, membership in youth organizations, their views, ideals and life aspirations. The organizers expressed the hope that young people would help “provide historical insights into the lives of the young generation born in the Western Territories”. A passage from the call for submissions read: “The life stories will be included in a collective publication on the lives of this generation, their desires, their aspirations and their homeland. The book will become a credible authentic record.”

The submission deadline was set for October 31, 1966. A total of 167 contributions were received. The participants came from all provinces of the Western Territories, with Lower Silesia (the Wrocławskie Region) being the most represented. Over 80% of the participants were born in the Western Territories. The majority of them were students of upper years of high school and colleges/universities.

The winners were announced in June 1967. The competition jury, made up predominantly of Polish sociology professors, found the submissions to be remarkable and of high scientific value. They conferred a total of 20 awards and 20 distinctions. Nearly a quarter of the memoirs were classified as excellent.

Selected memoirs from this competition were published, some of them in:

The initiative to hold a memoir-writing competition to mark the 25th anniversary of the recovery of the Western Territories by Poland originated with talks and debates among representatives of the Society of the Friends of Memoirs in Warsaw and the Poznań Institute for Western Affairs.

On consultation with representatives of these institutions, a decision was made to make the competition one of the main national events marking the 25th anniversary of the recovery of the Western Territories. Polish Prime Minister Józef Cyrankiewicz agreed to assume patronage over the competition.

The call for memoirs, widely publicized in the press and on leaflets and posters, explained the aims of the competition, its scientific and socio-political significance as well as enumerating issues in the socio-cultural life of the local communities of the Western Territories that were of particular interest to the organizers. Emphasis was placed on the scientific focus of the competition, whose main aim was to collect reliable data on transformations in the life of the inhabitants of the Western Territories, their work and family lives, leisure pursuits, socio-cultural interests and personal stances and views on various issues encountered in day-to-day life.

Due to enormous interest in the competition, the submissions deadline was extended until the end of December 1970. Along with letters notifying about the extension, a special survey was sent out to all registered participants to gather basic socio-demographic information.

Once the competition was closed to new entries, 955 submissions sent in by the end of December 1970 were found to include 747 memoirs that met admission criteria.

The authors came from the regions of Lower Silesia (227), Lubusz Land (113), Opolskie (91), Central Pomerania (33), Szczecin Land (32), Warmia and Mazury (17), and Gdańsk Pomerania (9). There were also additional 300 or so memoirs classified as “miscellaneous” (whose authors resided in various parts of the Western Territories).

The Documentation Commission completed its evaluations on April 24, 1971. On that day, the Commission turned over to the Competition Jury a report proposing 74 works for prizes and distinctions. The Jury assessed 74 of the best works selected by the Commission and decided on how to distribute the prizes and distinctions. The full official text of the decision was published in the Issue 3 of 1971 of Przegląd Zachodni, which at the time was the official bimonthly of the Institute for Western Affairs.

Selected memoirs from this competition were published, some of them in:

As part of the memoir project, the contents of 961 folders with memoir materials from three competitions were transcribed to produce 26,597 pages of text. The project’s goal was to protect and disseminate the memoirs held by the Institute for Western Affairs. The efforts helped salvage testimonies that were invaluable for reconstructing national and cultural identity in the Western Territories.

The materials from the 1956 and 1970 competitions turned out to be particularly valuable owing to the fact they had been written immediately political upheavals prompting their authors to be exceptionally candid in their disclosures. The texts contained a number of critical facts, remarks and reflections, including references to the Katyn case, the slaughter in Volhynia, deportations of the Germans, lootings and rapes by Red Army soldiers, irregularities in the operation of the Polish administration, etc. All this caused censors to block their publication. Hence, with access barred, the materials remained largely unused. Only a handful of Polish researchers and, after 1989, researchers from Germany, enjoyed unrestricted access to the entire collection. Interest in the materials has remained unabated for years. They are a prized source of information for cultural scholars, ethnologists, historians and sociologists. Unfortunately, their full use as valuable sources of information has not been possible due to their gradual decay. Given that the majority of the texts are manuscripts, they could not have been studied extensively with advanced computer analysis techniques (such as qualitative and semantic analysis).

The digitalization project has been extended to include materials from the Photographic Archives of the Western and Northern Territories. These contained about 6000 positives and negatives of photographs taken in the late 1940s that provide a unique record of post-war life in the Recovered Territories.

In 2013-2017, the project was financed as part of “The National Program for the Development of Humanities” sponsored the Ministry of Science and Higher Education.