In 1945, Poland emerged as a reborn state, renewed not only in political but also in territorial terms. Its borders were shifted to encompass the former eastern provinces of Germany. These Western and Northern Territories were initially known as “Postulated”, “Piast”, “New”. They were subsequently rebranded “the Recovered Territories”.

As World War II ended, the majority of Poles saw the granting of such Territories to Poland and allowing the country to shift its borders westward by 200-300 km as a way to compensate its territorial losses along the Eastern Borderlands. The War cost Poland a net total of 76 861 km2 or over 20% of its land. The losses of 179 649 km2 of its land (i.e. 46% of its pre-war territory) to the USSR was compensated at the expense of Germany with 103 788 km2 (which amounted 33% of the state’s post-war area). 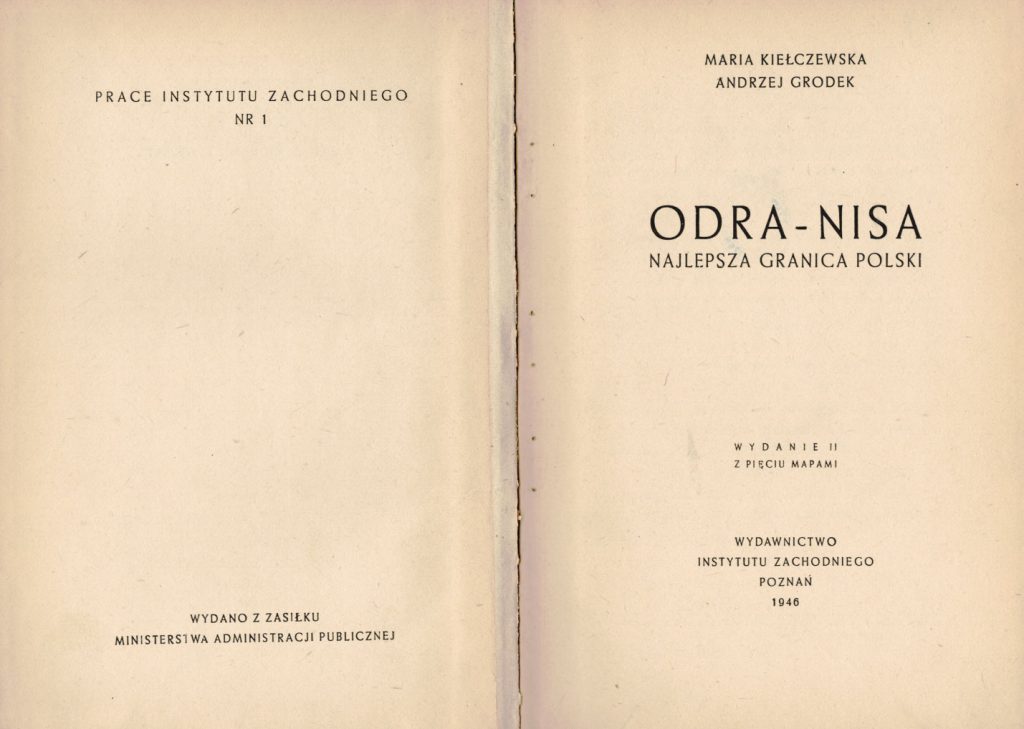 One of the prime responsibilities of the Institute for Western Affairs was to provide “Polish society with material that would honestly inform it about the former origins of lands then recovered”. The Institute’s first publication, which appeared in the spring of 1945, was “Odra-Nisa, najlepsza granica Polski” (“The Odra and Nisa, Poland’s best border”) by Maria Kiełczewska and Andrzej Grodek. One of the postulates was to run the Polish-German border east of the Odra River. The staff of the Institute for Western Affairs actively joined the effort to systematize Poland’s geographical names (of towns, rivers, lakes, etc.) in the Western and Northern Territories. Hence came “Atlas nazw geograficznych Słowiańszczyzny zachodniej” (“Atlas of geographical names of Western Slavs”) by Fr. can. Stanisław Kozierowski followed by a series entitled “Ziemie Staropolski” (“Old Polish Lands”) on individual regions of the Western and Northern Territories. 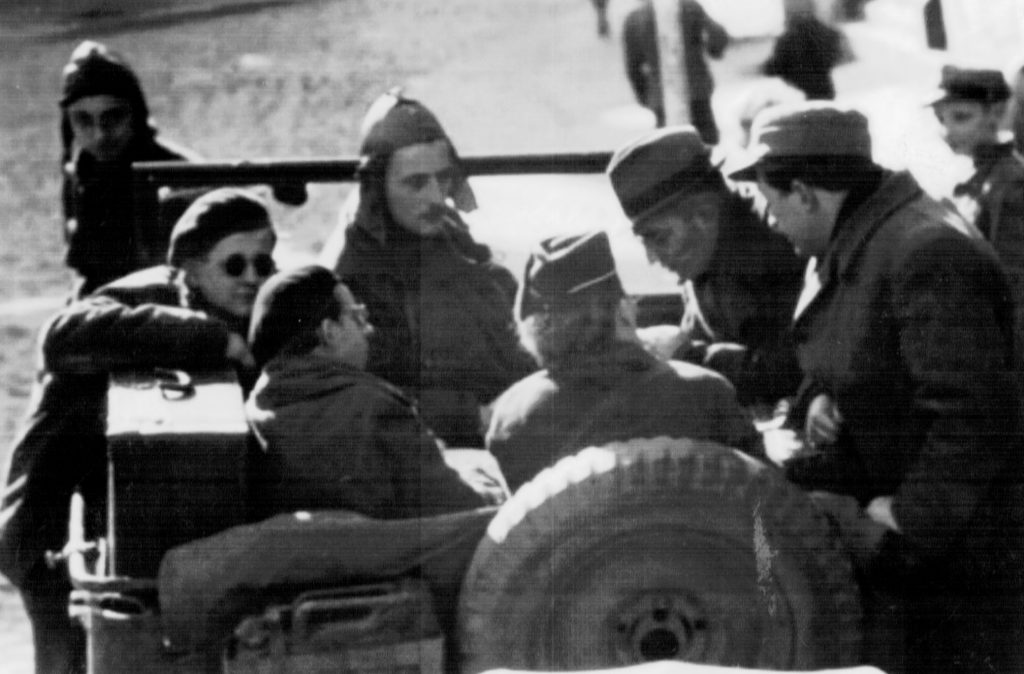 Another important research project on which the sociologists of the Institute for Western Affairs embarked earning themselves recognition at home and abroad, were memoir-writing competitions for Western and Northern Territory residents held in 1956, 1966 and 1970. The material compiled in their course was published in various publications, receiving numerous awards.

Since 2017, the Institute for Western Affairs has been a member of a consortium of the Western and Northern Territory Network financed by the Ministry of Culture and National Heritage. Together with our Network partners (the W. Kętrzyński Institute for Northern Affairs in Olsztyn, the Silesian Institute, the National Museum of Szczecin – the Przełomy (Breakthroughs) Dialogue Center and the Zajezdnia History Center), the Institute for Western Affairs has been organizing conferences and exhibitions, doing research and hosting scholarship recipients in a program of research residencies.

The Network’s primary focus has been on disseminating knowledge on the post-war history of the land annexed to Poland in 1945 with a view to striking the right balance and filling the void between outdated attempts to demonstrate the eternal Polishness of these territories, originally referred to as recovered, and excessive emphasis on their German heritage. This complex multi-faceted narrative has been built on the merits of the undisputed reconstruction of the Western and Northern Territories after their wartime devastation and on demonstrating the emergence of a new state and social fabric.